III. On Foot At World's End: The Machinery

To him who overcomes I will grant to sit with Me on My throne,
as I also overcame and sat down with My Father on His throne.
Revelations 3:21
Walking west now looking for the Subway crossing nearly empty streets running like streams at the bottom of deep canyons. There is little movement, but there are signs of life. Small men, Mexican or Central American, walk or bicycle past me coming from or beelining to jobs in kitchens and as waiters. Some are working now picking up after last night's revelers. They are lean, quick, and focused. They move with purpose, and I wonder where they live and if they sleep. Other men carry incredibly over sized plastic bags stuffed with aluminum cans, or push them slowly in heaped shopping carts. One man, walking quickly, talking loudly to some internal stimuli, stops to drink from an ornamental reflecting pool - "they never listen to the fucking words". Scripture? Song? Only he knows. There is a makeshift shrine in a restaurant window asking for prayers for Japan. I pass a construction site with other men working a crane at dizzying heights. And then a grand hotel with uniformed doormen and limousines parked in front, their black suited drivers at the ready. One of them has a hand printed sign in the window that reads Mr. Koppel. Ted Koppel - a serious, credible, well-known journalist. I want to ask him if he too is in New York to cover The Rapture, to introduce myself suddenly as an imbalanced colleague. I snicker to myself and descend into the underworld looking for the Uptown train. 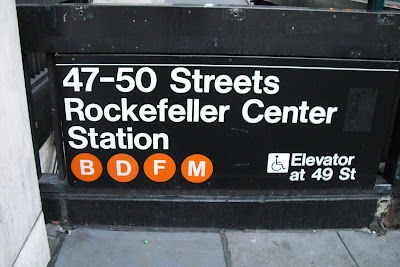